Batticaloa is the provincial capital of the eastern province of Sri Lanka. It is also the seat of the Eastern University of Sri Lanka. It is on the east coast, 69 m. South by South East of Trincomalee, situated on an island. Batticaloa district is divided into two sections by a lagoon. They are called Ezhuvan Karai or East coast and Paduvan Karai and West coast. Tamil people in these two sections differ in caste and are called Vellalar and Karaiyar, the latter being at the coast. Farmers live inland around the Kokaddicholai area. Kaththankudi is a suburb south of Batticaloa. Batticaloa mainly populated by Tamil Hindu's. Many ancient dams, irrigation tanks, and abandoned villages from ancient times exist in this region. This is also near [jungle] areas.
Batticaloa and World War II - In 1942, during World War II, Royal Navy Ships HMS Hermes and HMS Vampire were stationed near Batticaloa. Both these ships came under Japanese Aerial attack and were sunk. Some of the remnants of HMS Hermes still remain at around 9 nautical miles off Batticaloa. Today, still despite all the tragedies that have befallen the town of Batticaloa over many generations and many centuries that have come to pass, it is still probably one of the most beautiful beaches in Sri Lanka, with warm crystal turquoise waters and sun-kissed sandy beaches year around, there are no 'high class' hotels near by, other than a dilapidated guest house or two, but from Habarana, this is a wonderful day trip, done just to experience the little town and a day spent on the beaches. (Distance From Colombo : 303 km) 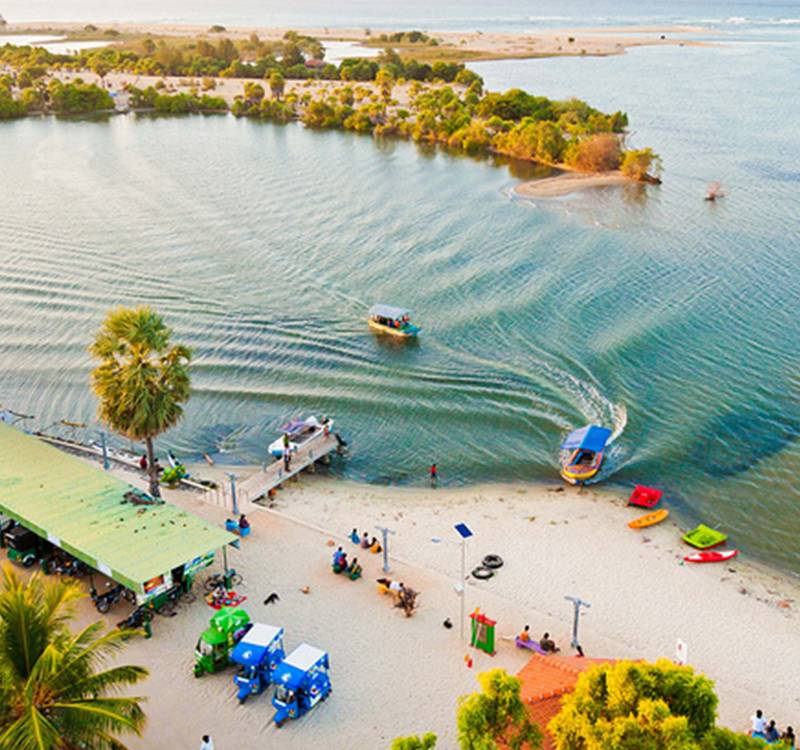