The little town of Pinnawela, just off Kegalle on the Colombo - Kandy Road, is most famous for the Pinnawela elephant orphanage which has existed since 1975 and has grown to become one of the most popular attractions of Sri Lanka, a must see for any visitor to the island... Distance From Colombo : 93 km Before the arrival of the British in 1815 an estimated 30,000 elephants lived on the island. In the 1960s, the elephant population was close to extinction. This prompted the Sri Lankan government to found an orphanage for elephants that had lost their mothers or herds. Today, their inhabitants of the orphanage number around 3,000. Pinnawela, about 80 km northeast of Colombo, is regarded as the biggest herd of captive elephants in the world. Among the elephants is one that lost a foot when it stepped on a landmine. Another is completely blind and is totally reliant on humans.

The elephant herd in Pinnawela makes the journey to the river twice a day to bathe under the watchful and admiring eyes of tourists. A little more than 100 people are employed to care for the herd feeding them with leaves from palm trees. About 14,000 kg of food are needed every day. The Pinnawela elephant orphanage is financed by the government and by charging visitors to see the animals, the Elephant Orpahange has literally put the otherwise very insignificant town of Pinnawela - very much on the map of Sri Lanka, and is a most sort after 'must visit' spot for anyone travelling to Sri Lanka, business or leisure, this is a must see, and conveniently located close enough to the capital Colombo or even from the Colombo International Airport Katunayake (just around 2 hours drive) so whatever your purpose for visiting Sri Lanka may be, we certainly recommend a visit to Pinnawela. 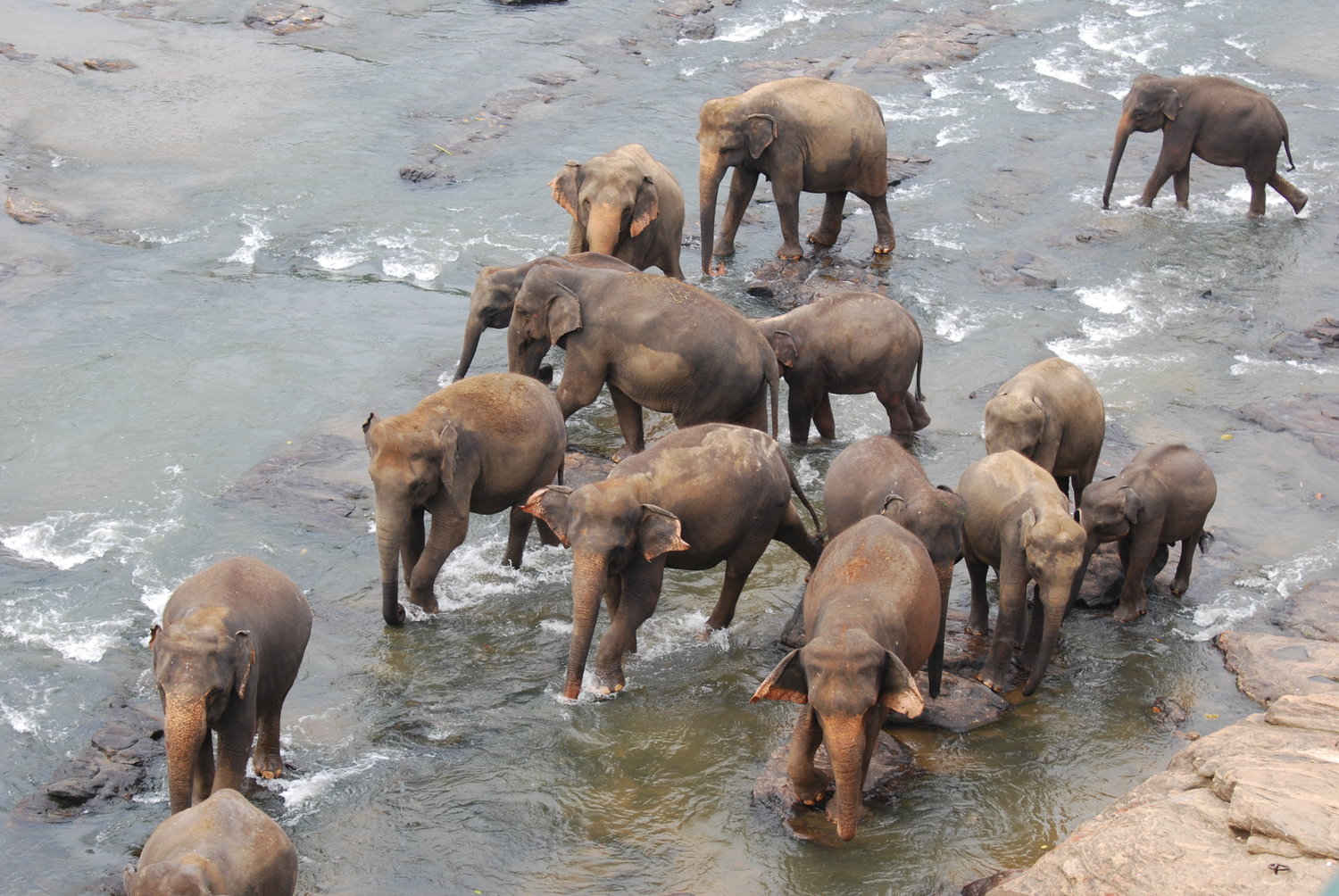 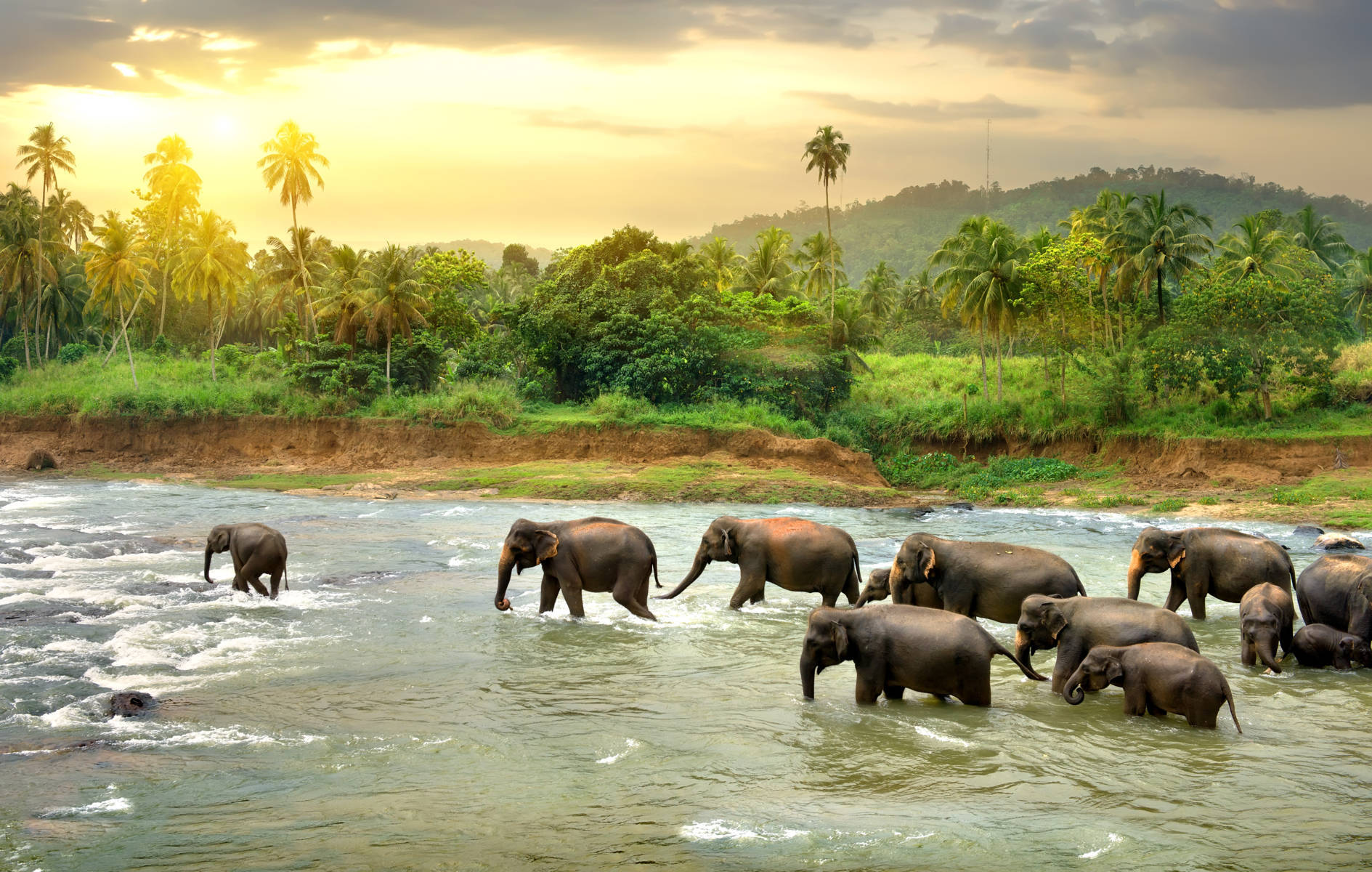 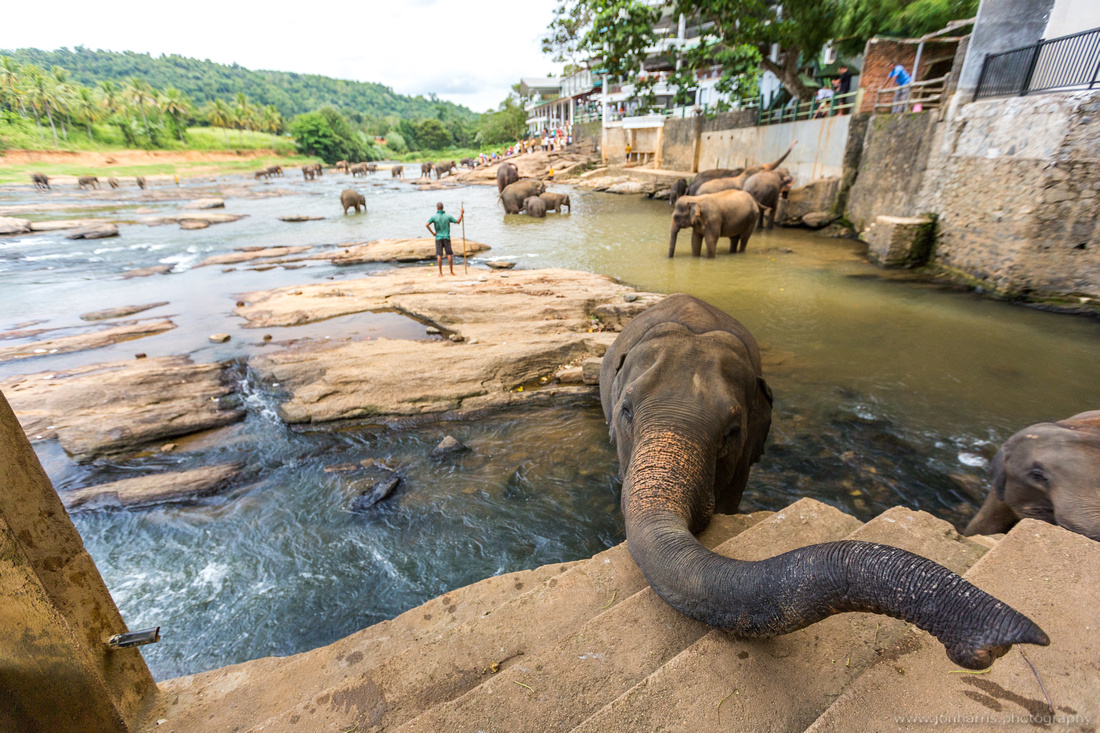 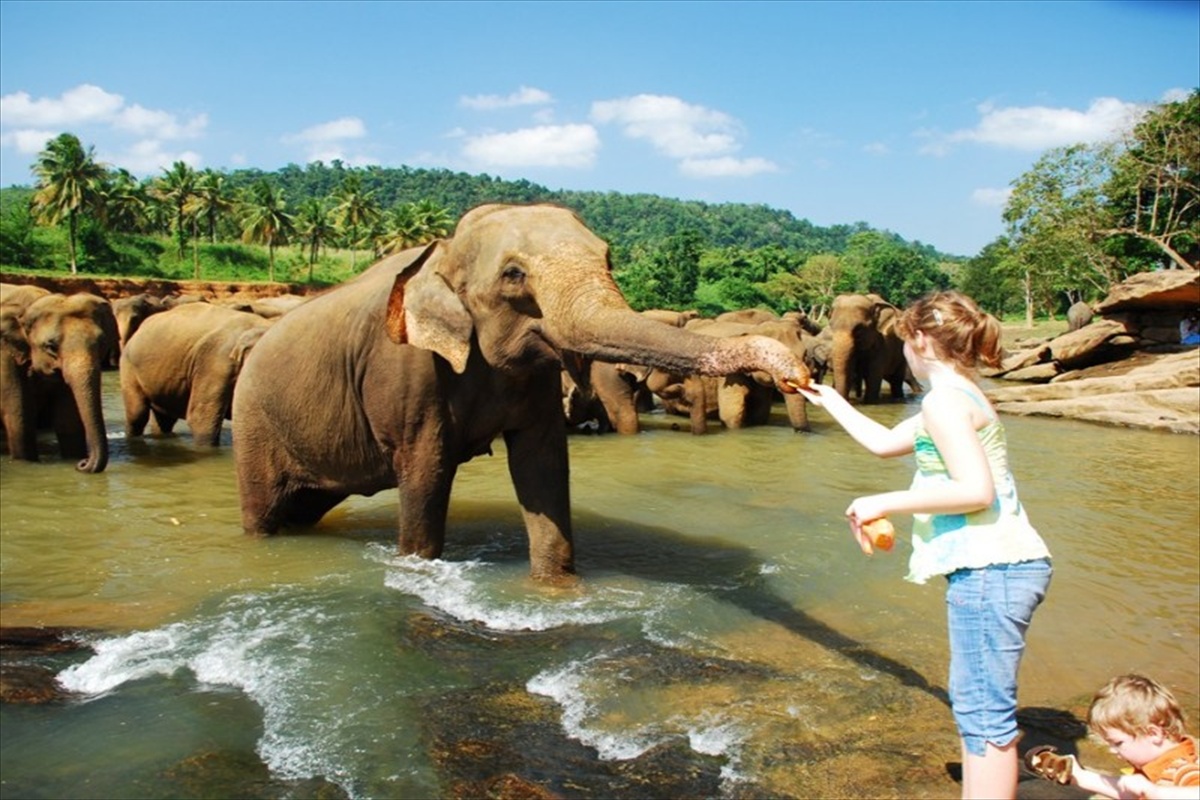 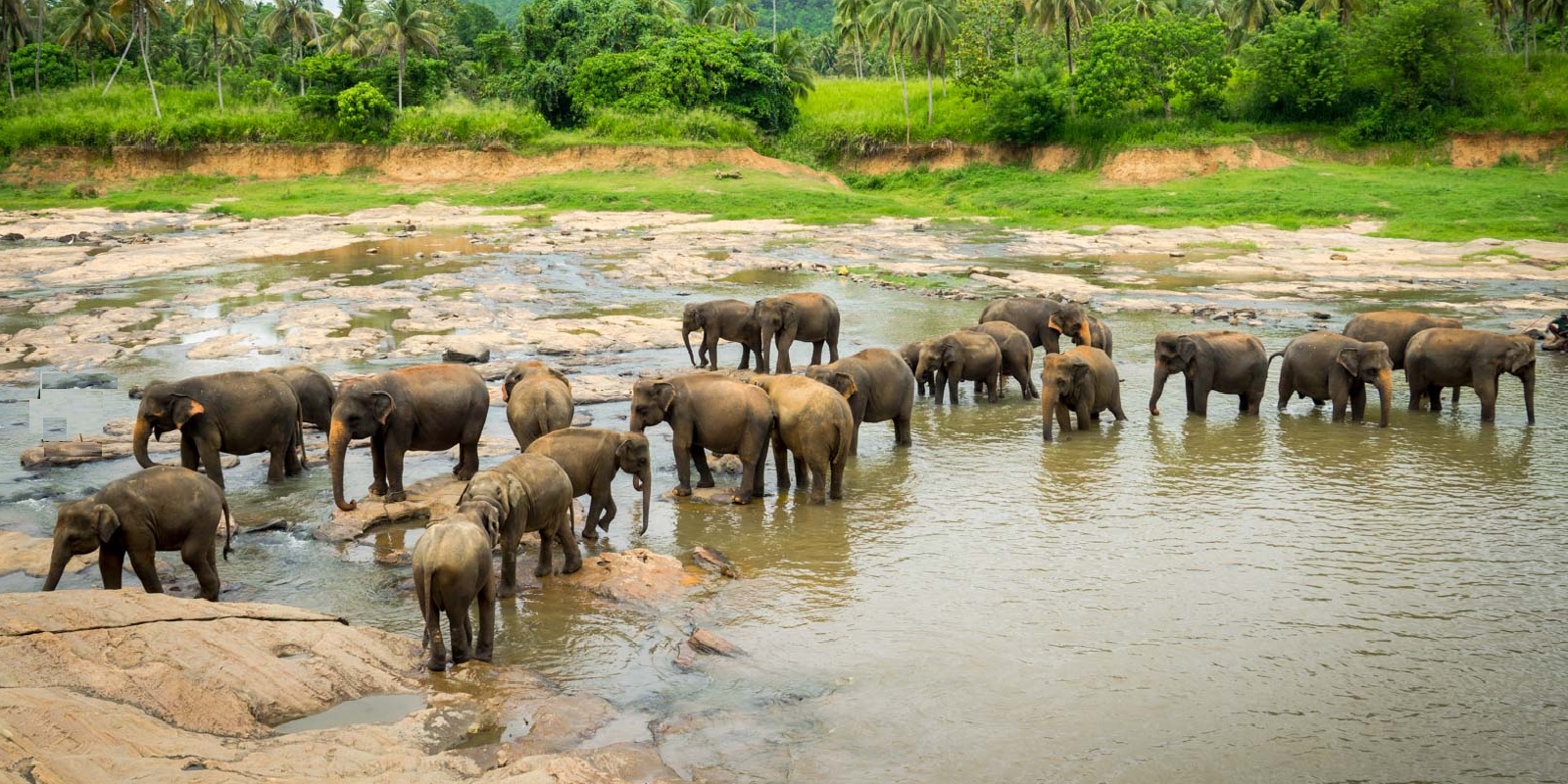